Since 2000, Bill "Trey" Flynt has been an investigator with the city of Albuquerque's Independent Review Office. The IRO is the primary office which receives and processes complaints against APD officers. Upon receipt of the complaint (known as a CPC), either the IRO handles the investigation of the complaint or it is assigned to personnel in APD's Internal Affairs unit.

Any officer who has been the target of a CPC, or a witness, or a supervisor has undoubtedly come in contact with Mr. Flynt. Mr. Flynt's reputation as promoting himself as the most knowledgeable IRO employee and the most experienced of IRO investigator's precedes himself. Now it seems Mr. Flynt has let his overconfidence get the best of him.

As recently reported, Mr. Flynt was caught selling counterfeit NFL jerseys. But not only was he caught unlawfully doing this thanks to his self-promoting ads on Craigslist.com as a direct supplier where purchasers can "bypass middlemen" but he apparently did this on City time and on City property. You see Mr. Flynt sold to an undercover news crew! Given that as of this posting the city's transparency site states that Mr. Flynt earns $25.40/hr and has year-to-date earnings of $46,736.00 we wonder what time he spent "investigating" was actually in furtherence of his on-line retail activities? Given Mr. Flynt committed these crimes while at work, it seems his timesheets should be subject to scrutiny to see if we taxpayers paid hiim while he was working outside the scope of his official duties!

Making matters worse, our Eyes have alerted us that Mr. Flynt's activities were widely known on the APD's 5th floor where he frequently gave jerseys of the favorite teams of department leaders and other personnel. Given it seems that it was widespread knowledge that Mr. Flynt was up to no good, why did Chief Schultz and former IRO Deaton permit this activity to continue? What did they know and when did they know it?

Lastly, because Mr. Flynt's activities involved interstate commerce, it seems only natural federal law enforcement agencies should be involved. Our Eyes tells us that exactly is the case in that property and computer in possession by Mr. Flynt have been seized and are being analyzed....Where is Tera Neda when you need her?  Of course Ms. Neda has no family ties to the phony NFL supplier, right?


Wouldn't it be ironic if after all the endless incidents of misconduct and crimes by the leaders of APD, that what ultimately brings them down is their own greed for NFL jerseys....?

It should be noted, APD's PIO. Rob Gibbs. said that Trey may not have committed a crime because the buyer "should know" they aren't getting what they're paying for. So in his simpleton logic, because a victim believes they may be victimized, the offender has no longer committed a criminal offense. 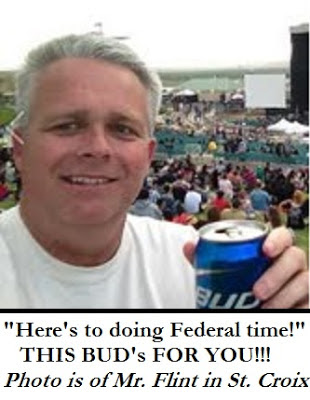 Rob Gibbs doesnt not have any knowledge of federal laws which differ from state. Everyone has some fault.s

Robb Gibbs is a tool

Are you that dumb!!!! Federal laws differ from state to state!!!! Lol

Rob Gibbs is his name. The voice and face of APD. Lmfao! And Trey...I always thought you were a pompous ass...."Drrrr I buy them from people who sell them." You. Are. Fucked!

Well let me get this straight, Mr. T. Counter Flynt has been with the IRO's office since 2000. Ummmm, I wonder how many citizen complaints he has investigated over the last thirteen years? I guess we will have to reopen the books and take a look.
Lets start with the questionable ones, Doh!!, never mind, looks like they are all questionable now; any of you officers who have sustained complaints on your record like to help?
I hear there is a new website backed up by some honest investigators that would like to hear from you. It’s coincidently called http://www.policecomplaints.info

They need to put this guy under oath and ask him who on the 5th floor he gave pirated merchanise to. We know the 5th floor is already burning the jerseys, just like they destroyed the cell phones from Mary Han.

If I had a dog that looked like APD/Trey, I'd shave it's ass and make it walk backwards. Oh shit, someone beat me to it.....

Boy the dirty laundry is really stacking up in ABQ, time to get the old wringer out lol

Trey has deleted all his Craigslist ads. Tampering with evidence?

That police complaints site is great! There is an Albuquerque journal watch too. Lets run these rats out of the city like the cowards they are. I think there needs to be a probe into organized prostitution and high ranking city employees too. How about that fellas?

Mike,
All of these criminals tamper with evidence. From the turkey necked chief all the way down. Lies, changing stories, Omitting the truth and facts. It's all there in all of their lying testimonies and depositions. All you have to do is put these liars on the stand twice and ....Waalaa!!!! There you have it.. lies and perjury. They can't keep track of all of their lies. An honest cop admits to making a mistake on the stand recently, and he is charged with contempt, because he didn't recall the incident and admitted that, But these scum bags get caught lying under oath time and time again and everyone looks the other way. The 5th floor belongs in a jail cell.

Let's see we now have police misconduct investigators selling counterfeit or pirated materials on city time, police union leaders stealing money from their members, public safety directors pushing their weight around at their drugged wife's accident, Swat lieutenant getting in fist fight with subordinates, an Academy which teaches no discipline, deputy chiefs not only running amok at crime scenes but taking personsal pictures, cops arresting folks for exercsing Constitutional rights, a personnel crisis, outrageous legal fees because of misconduct, and now even a significant percentage of cops want DOJ to come in to take over.

Folks, maybe you've just gotten used to it but the water is boiling. This place is FUCKED UP!!!!!!!!!

Not to mention Officer. Joanna Lopez. The entire graveyard in the SE has been told NO TDYs until bid becasue of man power, yet she is untouchable. She is a rookie and thinks she is hot shit. She is a total disgrace, no honor. She bid into swing, then HARDSHIPPED into grave, only to go TDY for this entire year! Hard working veteran officers have put in requests for TDY and have been denied. She has violated every single rule regarding TDY. What is her background in undercover work, none because she has no background in police work. Total shame, thanks for letting us all down.

A male 34 should ask for a tdy if he is denied file a EEOC. But you will have to go on the Federal EEOC side other wise it gets swept under the carpet.

SE Commander needs to retire and put another in-ept Commander in that position.

E-mail sent out asking for $$ to buy Feist his gun. I wouldn't give you a cent. You didn't make enuff $$ in OT on the west mesa killing 27?

How much you want to bet Trey didn't have a business license, didn't pay city and state sales taxes, and didn't declare his income on his state and federal tax returns?????

Is that guy Trey a cartoon character on the THE KING OF THE HILL? What a douche.

Joanna Lopez is a waste. She is only a 34 because she is a Hispanic female and her Mom is a retired/rehired 34. She always pulls the hardship card and says its due to her being a SINGLE Mom. That's BS. There are a few SINGLE Dad's out there that seem to be able to handle working. If you can't handle the job/hours, get out. She gives all female 34's a bad name... Is her AKA Joanna Barboa????

Feist has to be the worst DC in the past 20 years. No backbone, leads by email, won't stand up to people face to face, and pee stain all over his pants. He can buy his own gun.

He should save his money for the lawyer he'll need. And funny, I took a call on Espejo the other night....lots of weird shit about Feist over there....

Yea, I believe that you have to pay your own fees when you are charged. Running to another state isn't going to cut it now. The civil stateside bullshit is out the door now. You can't run from the feds. Looks lke they got him just before he pulled the rip cord. Lying, witess and case tampering and intimidation. I hear everyone they pulled their crap on is going to talk. God help their hatchet men. Taking illegal orders is no excuse.

Those type of people make the rest of the women look bad. That new FET is DUMBER and DUMB. Please stop hiring all these bimbos.

Trey Flynt is corrupt! I hope Trey Flynt is put in prison and realizes that this type of behavior is illegal!

I tell ya, the more that comes out about Trey the uglier it gets. Anybody up for some scantily clad females and some "fantasy football?!?"

It's very noticeable that schultz gets right on the tube to wreck officers, but not a peep out of the turkey neck when a city official gets popped. Hmmmmmm....
How many jerseys did schultz and the 5th floor get from this guy?