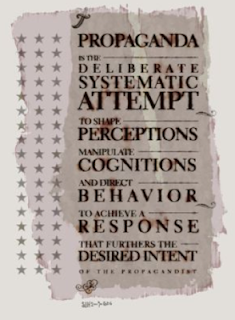 Over the last month it seems the city has launched a full scale effort to promote a kinder gentler image of APD officers. In recent weeks we've seen press releases (yes they get forwarded to the Eye) and stories in the media profiling seemingly unique and uncommon efforts by APD officers. We've heard stories concerning an officer who covered the bus fair for a man wanting to be with his sick daughter in Colorado, a roadside hug given by an officer to a young boy, and most recently the city's mayor gave a "Hero of the week" award to two officers who drew crime maps and tracked their stats over a given area.

We at the Eye applaud any and all officers who take ownership of their job and embrace the very nature of what it means to be a police officer: to do what's right regardless of who is looking. Police officers have duties that go beyond fighting crime and include emergency response and community caretaking responsibilities. And virtually all officers would simply like to be thanked and left alone to do their job.

However given the sudden momentum in the city's promotion of, let's be honest, daily events for officers, our advice to all officers in the city is be very careful that you are not being played. When the city focuses attention on a given officer for a given event we all know there are endless examples of other officers who have done the same but for whatever reason are abandoned by the city.

Or they simply do their job and do not draw attention to their valiant efforts.

The mayor and the chief's sincerity in recognizing such accomplishment is limited to the moment they are in front of the cameras as many of our Eyes and readers know from first hand experience. The expression "no good deed goes unpunished" is an unwritten rule that is taught to all cadets in what used to be a law enforcement police academy here in Albuquerque. Given the DOJ is now barely ankle deep in their investigation of APD, we expect even more soft feel good measures promoting non-law enforcement actions by officers. One has to questions, why now?

Why? Why the hell do you think? They are attempting to kiss the backside of gthe DOJ

Three weeks ago I saved a cat from a tree for a 9 year old and no one cared!!! I guess i should have called the PIO so it could have been media worthy. I want some of that free shit the mayor hands out during the hero ceremony!

duh no kidding poster #1.... What is it with this "hero" crap anyway? Real heroes don't need to be told it and they certainly don't occur each week. stupidest mickey mouse shit ever. since this kid is a hero for making crime maps, i guess this makes fat ass TJ "burr eat oh" WILHAM a demigod for being the "smart police" commander.

Dayna Gardner, the Mayor's Public Information Officer, and snake of a woman, told Department Directors and all City PIOs they want "good stories" to feed the media, especially about APD. TJ "jabba the hut" Wilham also is searching for good stories to leak about APD. The Deparment Directors just last week were told by Dayna Gardner to keep the lid on bad stories so as not to hurt the Mayor. The Eye may be read by the media, but the media will not report any bad stories. Berry has not announced for re-erection because he knows the second he does, the media has to give equal time to any opponent. Berry said he was going to decide by the end of January to run, but what a lie. He will not announce until April.
The Journal did front page story today on ABQ the Plan and noted Berry met with the Journal Editors. No doubt the Journal Editors asked if Berry is running. So why was nothing said by the Journal on re-erecttion but yet gave Berry front page coverage on ABQ the Plan?

did you say TJ the commander? Get the freak out of hear

Unless your PIO Fickel. He released Good and bad stories and confidential information about the department to Garate.

Yes TJ now has even more Officers reporting to him, including APOA Flip. TJ's office is the 5th floor after all

Well, they better brace themselves because their bad news is coming as surely as the sun rises in the east and sets in the west. And its gonna be good!

Flip is a great name for that turncoat rat.

Ficke smells like a rat don't you think Ray Ray