Huggy Berry, ObamaCare and the Stable

During the last debate between the three candidates on Sunday; Paul Heh asked Berry, are you in favor of ObamaCare or are you against it? Berry’s reply; Berry danced around the question and NEVER answered it.  During Heh’s rebuttal, Heh stated to Berry, you didn’t answer the question are you for ObamaCare; YES OR NO!? Heh heeded the remainder of his time to Berry to allow him ample time to respond.  Not being a man of honor and integrity and the self-proclaimed savior of Albuquerque as Berry claims to be; refused to answer the question, again.


BERRY IS A REPUBLICAN AND HIS TIES TO THE SHUT DOWN OF THE UNITED STATES GOVERNMENT HAS THE REPUBLICAN’S HANDS STAINED WITH THE BLOOD OF THE REGULAR GUY.  BERRY BACKS THE FILTH THAT HAS CLOSED THE DOORS TO THE TAX PAYERS.  BEING A STAUNCH REPULBICAN;BERRY IS ANTI-OBAMACARE.


BERRY IS NOT PART OF THE SOLUTION BUT PART OF THE PROBLEM.  THE SOLUTION IS TO VOTE HUGGY BERRY OUT OF OFFICE. ALBUQUERQUE IS ONE OF THE 50th LARGEST CITIES IN THE UNITED STATES. BERRY COULD HAVE CALLED AND PUT PRESSURE ON HIS REPUBLICAN COMPANIONS. HE DID NOT DO THIS AND HAS CAUSED THE IMPLOSION UPON OUR PEOPLE.


He is another intricate part of the problem. Huggy RJ Berry is like a pimp and he runs a "Belt Tightening Stable." Let’s take a look at the "ladies of the night" he controls in his stable: 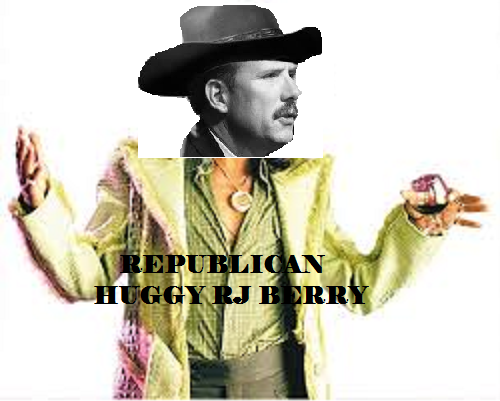 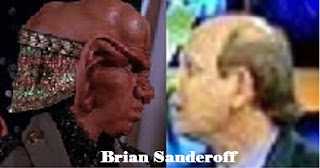 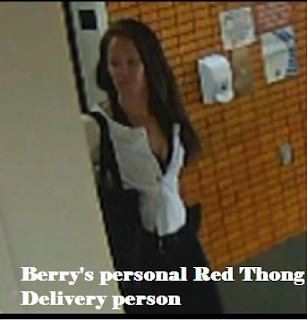 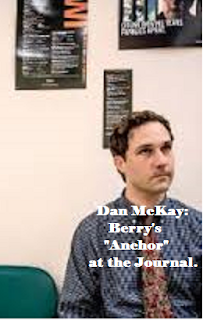 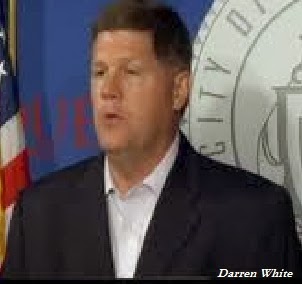 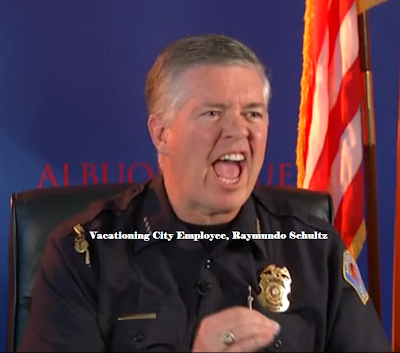 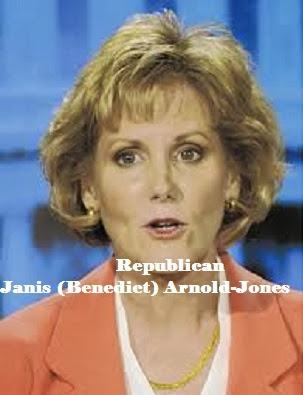 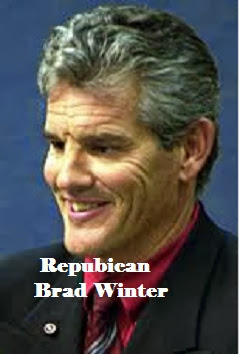 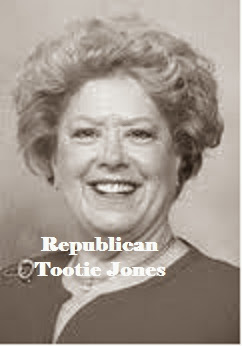 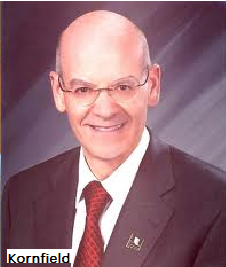 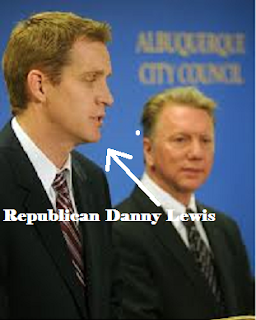 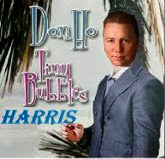 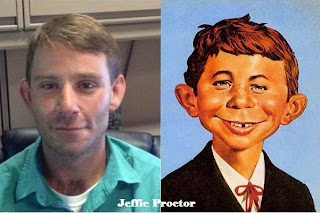 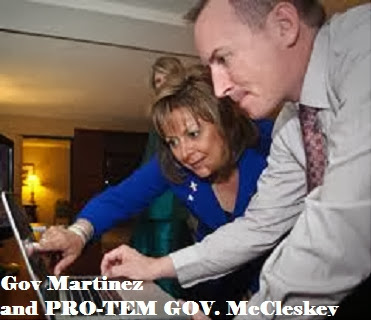 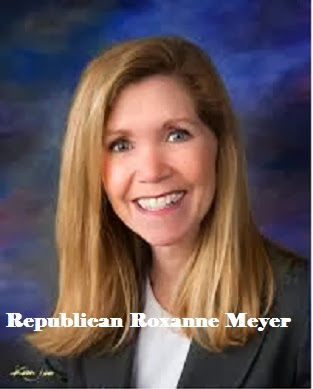 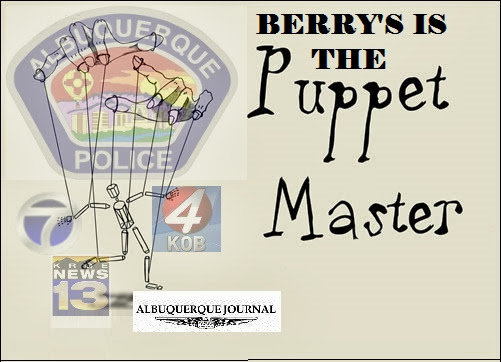 The government shutdown in Washington has caused me to rethink my position as a Democrat. I am now going to show up on October 8 and vote for Dinelli (hoping he makes Heh Chief of Police). I am tired of the minority nut case Republicans shuting down our government and hurting hard working folks. It is time to send Washington and the Republicans a message. We are voting Richard Berry out of office. We are tired of Republicans destroying our country. Let this start on October 8. Vote Berry out and send a message that we are not going to stand for type of government any longer.

ONLY 6 DAYS TILL THE ELECTION!
Wake up APOA! Listen to what RJ Berry has been saying on a consistent basis. Defined Contributions (401k), Voter Referendum, Police Officer Retention, Right to work legislation, Civilians to respond to low priority call (Service aids) this means less rank and file Officers, National Search for a Police Director (Civilian), Yes, just like your Academy Director. And guess what, it will be someone with out of state connections (ie...Gov. Martinez and Skandera). Here is a clue on whats coming to APD, Look up Brad Day, Gov Martinez's selection to the ERB Board.
Yup, Berry wins and your FUCKED! Professionally and personally!
APD and AFD could easily FIRE Berry if each Officer and Firefighter personally take 10 people to Vote!

Remember APOA, Berry is appealing the courts ruling on your contract. The City attorney said on the news the city always wins. He's wrong but he said it. The only ones who got raises and big ones are the CAO and other top executives in the Mayors office. Rob Perry was hired, and on day 1 was being paid $20k more than the previous city attorney who had 16 years experience. Dave Cambell was hired on at over $160,000 a year! Rob Perry made over $147,000 in 2012. Thats over $11,000 in raises not including the Raise he just recieved in July that increased his pay to $70.70 PER HOUR!

I agree with 10:49, I just got furloughed at Kirtland. When I got my papers I left the base, went right to a voting center and voted for Dinelli. Republicans own this shutdown and I plan on making every Republican pay for it by voting for Democrats in the October 8 election. I urge every Democrat and independent to vote Dinelli October 8 and send a loud message to Susanna and Boner (Behner). I am tired of being treated like crap. I am tired of your rich friends getting richer while you shut the government down and force me into bankruptcy. You own this and I am going to vote Democrat to make you pay.

Berry says crime is down when it's not.

Berry says the Albu economy is good when it's not.

Berry says he's round of his employees and gives them the best when he doesn't.

Berry says we are should quit whining and vote for him and Maria. Right.

As Heh said, "Bullshit!" I'd vote for Marty instead of Berry, and I voted for Berry last time. Nope, no backsies, but no reelection for Berry. I won't say who I voted for, but in did not vote for Berry.

Get out there...take your city paid time off to vote and get Berry OUT! Heck do it on your own time, it will be worth it to watch that perv go down with the rest of his perv minions. If you need a reminder just think about losing everything you've worked hard for(pension) for one....poof! Contracts...poof! Longevity...poof all gone because he's a greedy pervert who wants all your money to give to cronies.

This blog is a joke! It just made up my mind for me to definitely vote republican. Anyone with half a brain should be able to see through this/your political bullshit. Seriously? You've convinced no one. Thank god no one with half a brain reads this site much any longer. Hard core repubs and especially this blog's democraps are morons. YOU ALL SUCK!

@0926, awwww got your little red berry colored panties in a twist?!?! Ewwwww, go vote republicunt, and go back to your track and field athlete, your small fruit master. And, your logic is so bad its fucken pathetic: "No one with half a brain reads this site much longer" except you! Haahahahahahaha, go back to your corner and drool ya babbeling idiot!

9:26 is going to take their ball and go home...
Boooo Hoooo!!!!!!!!!
AHhhhhhhahahahahahah!
Everyone reads this site. That is a fact. Your butthurtness is funny! Go join the rest of these perverts and greedy little turds. You won't be missed. Republicans in this city are a bunch of corrupt self serving filthy scum. They do nothing unless it lines their pockets. They lie cheat and steal to get what they want. Albuquerque is the liars club capital of the world and the republipukes made it that way. Liars!

Here is something that makes the stomaches of scum like 9:26 and 9:26's heroes turn like a pinwheel:

Since you made up YOUR mind, I've made up mine too. I am a lifelong Republican, and I will be voting Democrat. I have also convinced 4 of my close relatives to do so also and I will be driving them to the polls to do so. That's 5 for your one. Not good odds in my EYE!
Considering Albuquerque is democratic, Berry is ass out!
Beye Beye!

Those photos depict the most physically and morally defective bunch of afterbirths to slither the earth.

They should all immediately go home, look in the mirror and ask themselves; are those that are nice to me, nice because they respect me or is it because they have to be nice to me? If I were to lose my position and money would I be just a shit stain and would everyone who once faked respect for me, now use me to scrape the dog shit off their shoes?

PHOTO #1: At least NOW you can't see my bald spot. Do I still have to wear the makeup?

PHOTO #2: A Ferengi without profit is no Ferengi at all.

PHOTO #4: Someone left this at my house!

PHOTO #5: Hmmmmmm.... I wonder how long it's going to take to have Jeff's Pop Tart Removed. I so hate doctor's offices.

PHOTO #7: Lying is easy. It just looks like it hurts!

PHOTO #8: Politicians against bad nose jobs. Join us please, and end this tragedy.

PHOTO #10: If it's not a turtleneck, then circumcise it!

PHOTO #13: Why yes son, Come have a dance with me. Taxpayer funded of course.

PHOTO #16: Fucking over employees, it's what I do!

PHOTO #16: At Meyer Real Estate, we work for big business!

If Berry is against Obamacare then I would have to agree with him on that since it designed to screw the American people, however, Berry is still a creep lowlife. Heh for mayor!!

1001 that's what makes Berry so lame. Of course he's against Obamacare but the puss can't even say that. If he can't assert himself on basic shit like this then he confirms what a puss he really is. And confirmed liar. Another Republican for Heh I am!!!

It's gonna be Deja Vu all over again if the opposing votes go to 2 candidates as a split! Neither one will pick up enuf votes to put Berry out of commission..Heh and Dinelli!!! We gotta pick ONE TO VOTE FOR so the majority vote getter is the winner...2 will just take votes away from the other..just like the last Mayoral election where Berry barely won over Marty because of Romero.I love Paul but we need Dinell..why cuz he can win and get Paul involved in a decision making capacity! We have to unite on this!!