Who is Responsible for Hiring Levi Chavez?

Former APD officer and accused murderer, Levi Chavez, is on the hot seat again. Officials recently received the Ford F-250 truck that Chavez claimed was stolen. According to the Journal (read it here), Chavez stated that he “still had the original, factory keys and its ignition was undamaged when it was recovered in Mexico earlier this year.” Murder, insurance fraud, womanizing; who hired this guy? And the answer is; Albuquerque’s Police Chief, Ray Schultz.

Chavez is alleged to have murdered his wife, Tera Chavez, in October of 2007, because Tera refused to go along with his fraudulent acts. Tera Chavez had told friends and family that if she ended up dead, it was her husband, Levi Chavez. In the documents filed in the civil lawsuit against the City of Albuquerque’s Police Department, Tera claimed that Levi Chavez did not want his truck anymore but a Cadillac. Tera also claimed that Levi and his cop buddies were going to stage the theft of the truck in order to defraud the insurance company. Strange how after Tera’s murder, Levi Chavez bought a Cadillac? Right? Strange?

The Journal stated, “According to state MVD records, the dashboard VIN plate identified in the Mexican police report was registered to a vehicle formerly owned by APD white-collar crimes Detective Pete Dwyer.”… “Dwyer’s truck had been totaled in a 2008 crash on I-25 and had been sold at auction by his insurance company.” Why don’t they disclose “who” purchased the vehicle? Most companies allow the original owner first “dibs” on a stolen recovery. The Journal also fails to mention that Dwyer also served in the APD Auto-theft Unit and was forced to resign as President of the APOA for alleged spending improprieties.

Chief Schultz had knowledge concerning the Union issues and allowed Dwyer to transfer into a cushy job. Why?

Don’t forget Schultz authorized the settlement to the Tera Chavez Estate for $230,000.00.

Chief Schultz has a proven past of poor and misguided leadership at best. When is there going to be a “changing of the guard?” Mayor Berry, the Eye told you about the big White elephant on your desk, now you have a pink elephant on your desk; when are you going to take the appropriate corrective action? 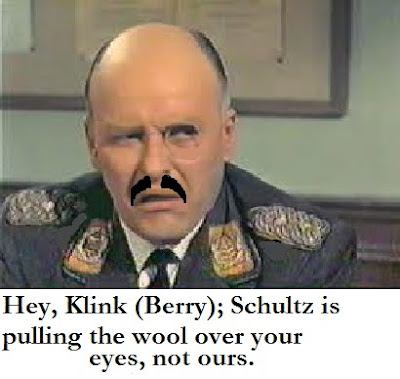 WTF is going on??? WHAT IS WRONG WITH PEOPLE??

Pete Dwyer is in mischief! Levi Chavez was fortunate to find other corrupted buddies to aid in not just the theft of his vehicle, or the death of his wife, but there are other issues involved. Levi Chavez was also stealing evidence related to drugs and bringing them to his home. Tera knew this and I believe she expressed the matters. Levi Chavez was(is) a troubled individual and his issues have caught up to him. The fact of the matter is that the Albuquerque Police Department is involved on a much larger scale than one can imagine. I believe that at least one Auto Insurance Company, Albuquerque Police Department's (Auto Theft), Border Auto Theft Information Center (B.A.T.I.C), and possibly some individuals with the National Information Crime Bureau(N.I.C.B.) are getting kickbacks in large dollar amounts from the drug cartel or the Mexican Police Department for thousands of vehicles stolen out of this city and its surrounding areas. There is some commonality here, and its involving all these issues related to Levi chavez and his own family. VEHICLES!!!!

Oh well at least Schultz had a hand in getting rid of Darren for us.
The press wouldn't have turned on him like they did without some good resources to rely on.
Thanks Ray.
Now maybe he and Breen are now fully in charge of their own departments again.
Nothing worse than an incompetent idiot meddling in affairs he knows nothing about; just ask Sal. Same thing over at BCSO

Now that we no longer have a Dir of Public Safety, and the public does not want that position refilled according to a channel 4 survey taken, what becomes of TJ Wilham's pretend, 'wink, wink' position. Surely we must
re- evaluate that since there will be no one around to defend this made up charade position Whatcha- ma call it. Director of Emergency Sandwich Services. Come on, there's another 80 grand that needs to go back to the city to hire at least two competent workers that will actually provide a service for the taxpayers in (REAL)vacant positions.

I agree, Tj's position which didn't exist before should also be eliminated.( what ever the hell that is) Now if he wants to re apply for another position like everyone else has to, that's fine too.
Say some where in Animal Control or Janitorial Services, cleaning up after the seniors or kitchen help at one of the multi centers. After all we must find the best fit for what people are best suited. Go see Jorja Brasher, Director of Senior Affairs. We understand that T J is a certified bakery chef.

I'm confused - Tera was murdered in Oct 2007 - after the truck was reported stolen and yet Dwyer's truck was wrecked in 2008. Where was the truck hidden until the other vehicle was wrecked and they slipped that VIN number on it? Please explain. Could be me, because it's early. lol

dear confused; you are confused.
Do some research. Catch up.

Ray is responsible for sure. He is the one that allowed many questionable hires due to the pressure from Mayor Chavez to hit numbers. He owns it. Just ask anyone who worked at the academy or in recruiting and backgrounds during the last several years. Many, many stories of Ray not doing what was best for the department and ultimately the community.

One of the many reasons he needs to be removed.