Step it UP Albuquerque with Houdini Berry

The self-perceived magical Berry who has not been seen or really heard from in the past three-and-a-half years; made a special guest appearance on Channel 7 News (which is one of Berry’s puppets) with Dr. Ramo on Sunday morning.  Berry stated, “The simple act of putting one foot in front of the other makes you healthier…” After three-and-a-half years and now you want to try and offer a plan to make everyone healthier?  Where in the heck have you been the past few years?


It would have been really nice for Berry to have put one foot in front of the other the past three-and-a-half years to have kept the 2,500 jobs he lost the City, fired Schultz, and actually lowered crime.  Berry failed all the way around. And now he wants to “Step It Up Albuquerque”?  Berry needs to step it out the door.  This is ALL a POLITICAL move to try and get your vote.  He didn’t care about anybody or anything except his “ABQ Boutique” till now; election time. 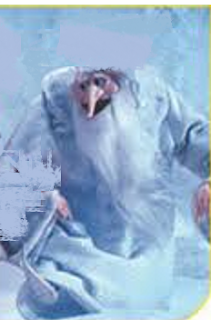 What’s up with this whole Boutique deal? Is Berry a hair dresser or an interior decorator?  No pun intended on the hair dresser portion of the question since Berry is follically challenged.
Since it is election year Berry is out there spreading his vile trying to baloney the public into believing he “really cares.”  The fact of the matter is Berry only cares about keeping his job and building his Boutique; not about you and not about the City. He has run the City into the ground.


FACT:  If Berry continues to ruin the City like he ruined his business which he closed and suspended his license in January; we are all in trouble.  One last note, how many times have you seen Berry out at the Run for the Zoo or any other “physical activity?”  The only event we have noted him attending proudly was the Gay Pride Parade where Berry was the Grand Marshal.  At that he was not there to support the people as much as he was vying for political votes.
We need to vote Berry out of office. Berry is an ok person but he has not done the job he promised us.  Remember, our indecisions or wrong decisions will cost us well into the future.
Posted by Stealth at 3/07/2013 09:40:00 AM

Berry is not an ok person!!!!He is a balless coward and fraud, who kept corrupt people in power for his personal gain. He makes me sick. I wonder how he feels now that Lynnette has made a nest in his ass curlies and clock springs... hahahaha... right where she belongs. This hag screams enough, could you imagine the sounds made when berry sits down?Maybe with a mouth of asshairs she will be less able to start shit just for the hell of it. I am laughing so hard at that not ball psycho mental case head job nozzel nut psychopath and her drunken ramblings of hate. I don't think anyone hates more than her. Her hatred is so sick that the other poster is right. She needs to go to see a professional. Maybe berry can help her? I don't know who will, considering she has burned everyone around her to the ground. She even terrorizes Japanese submarine commanders from what I've heard. How the hell does a drunken halucinating maid terrorize sub commanders? I heard that Korea threatened to nuke the US because of this terrorist. This woman has now become a case of national security. Someone please take Mrs. Hairy Mouth to the doctor because I am scurrrrrdddd-ah what she might doo! I hope she doesn't beat someone with her beer can and curlers collection. Now please put this person on trailer park arrest or FEMA camp and attach an interlock device to her computer!!!!! I can literally smell this woman through my computer. Last night I thought sasquatch snuck into my home.
Please God help us.

Schultz bending over again for the media. Hahahahahahaha....
he looks like he's drowning!!!! Can you say....Throw me a life preserver. Gurgle Gurgle Girgle!!!!

First poster I agree Berry IS NOT AN "OK " person. He hates city workers thinks we are all morons from police, FF, clericals, blue collar. He hates us one and all. But I also see fear in him. So we need to "take steps " to the voting booth and vote him out. He is not in any way an OK guy ...!!

You need to do a report where you draw the comparisions between the guy APD just killed and the guy Officers Doyle and Woolover were fired over.

I see Schultz on TV telling everyone that this shitbird who was killed was a bad man. I don't see the difference between him and the guy Doyle and Woolover were fired for fighting with during their arrest.

Well I guess there was a difference, SWAT killed one and Doyle didn't. Therefore Schultz is covering his ass for the killing while hanging Doyle and Woolover's ass to be charged.

Does anyone else see it this way? I think the SWAT shooting was good. I also think the Doyle and Woolover arrest was good. Schultz makes me sick and if the media and public can't see what he is doing then God help us all.

So I don't get it. The Journal quotes Levy saying that if the attorney's bring up the issue that Bret Lampris was on the promotionl list she would immediately ask for a mistrial. I thought the city was proud and confident of their promotional process and if they had that confidence in Bret they would let the world know that he is on the Sgt.'s list. Right???? It should be a feather in their hat not a burr in the ass.

"Confident of their promotional process", lol. It's because they (Admin) all promoted in that process. Just look at the product. Shitty Sgts, Lt's dumb as rocks, Commanders with heads up someones ass, Dc's with the IQ of a sloth and a Chief, well you know the rest. Yaeh the process really brings out the cream of the crop.

Several departments within the city promote problem employees ...I don't know why and it must be for a reason. At the library for example there was a librarian that was so hateful to younger female staff she made them cry and she would make fun of them in front of others. The library director liked her and she got promoted to Library branch manager of a library where she continued with her crazy shit until she finally retired. It happens like that all the time there ...the losers with no skills get promoted. Plus she was stupid ..dumb as a sack of rocks.