Is AFD’s Fire Chief Breen, using AFD Funds for his own Benefit?

Our Eyes are telling us that Fire Chief Breen used AFD funding to rent space at the Albuquerque Convention Center starting Friday, July 22, 2011, till Monday, July 25, 2011. The reason for this huge expensive rental is to have open “forums” to defend himself against the up-coming vote of “No Confidence” the local AFD Union 244 is planning. Plus, late Thursday, Breen issued order# 149 which states that Breen will allow up to eight out of district units and all in district units to attend his Gala Event.

At odds, the Mayor’s Office recently created a policy that no city time can be used for union business. Breen is allowing twenty four on-duty units to attend his meeting. The memo speaks about, "recent labor dealings." The entire reason Breen is having these meetings is because of 244’s decision to have a vote of “No Confidence.” All of AFD is 100% in the local Union 244. Why is it okay for Breen to allow one-third of the entire on duty Fire Department to attend his meeting after the Mayor’s Office stated that this is prohibited?

If this is true; it is completely wrong and unacceptable. Fleecing public monies and public services for ones’ own personal benefit is corrupt.

Does anyone think it is an appropriate use tax payer dollars for the AFD Chief’s personal benefit? Here are a few ideas. First, AFD owns a brand new academy Breen could use for free. Breen could use the APD Roger Hoisington Academy or the City/County Chambers. There are many appropriate places the City owns throughout Albuquerque that could be used for free. Second, the Fire Chief could go to each station without cutting services to the public. Here’s a crazy idea, go out and ride, take a few calls with your personnel.

It appears Breen is picking up where White left off. This type of behavior will not sit well with the rank and file in AFD nor the citizens of Albuquerque who will be missing one-third of the on duty fire personnel.

Breen should be a model of good stewardship of taxpayer dollars. Wastes like this should not be tolerated by the Berry Administration. Oops, The Eye forgot, “One Term Berry” allows liars and bad behavior to thrive.

If Breen wants to get his name out of the headlines, he will need to burn down the barn or trump up some charges on someone else. Maybe poor Judge Murdoch was playing with matches while the prostitute was videotaping. This administration is a farce… 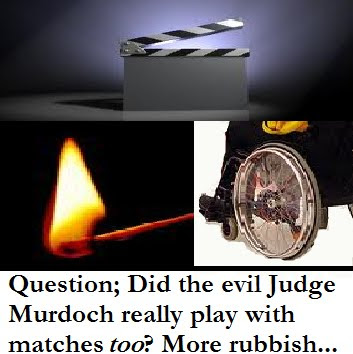 What a shame, I hope the real Fire Chief shows up, Pauline Pino is running our AFD, into the ground. This Fiscal nightmare couldn't buy a box of Cracker Jacks, without a staff meeting. Chief Breen: Clean up our Dept.

Once again Breen is being reactive instead of proactive. Also do as I say not as I do, as this whole admin has been. He's also allowed his minnions to bully the 244. There's no reason to break a union in a "right to work" state, workers don't have to join a union. He doesn't want to visit the stations because he can't put time restraints on the sessions. The other day he spent 6 hrs at one station, the guys hammered him. He was a good field commander but sucks as a chief & the guys were hoping for change, lol. It's worse he's so up Berry it's gross. What I'd like to know is where has the money for the 1/4 cent public safety tax gone, how can the city spend over 1/2 a mil on a union busting company and how much money are they spending on PI's to follow the 244 Pres & other union reps?

The Fire Academy is an awesome location. So are the many conference rooms in the EEOC. The convetion center has small-ish rooms and in my opinion a funny smell. Plus, the convention center will lose revenue. Conventions don't just pay for the rooms, they use local businesses and drop tons of out of state cash.

How is it ok for Chief Breen to use city facilities and authorize up to 20 staffed Emergency response units to have delayed resposes/ be out of service to SOLEY benifit him? The venue is going to be paid for from department operating budget, and citizen and firetighters lives are in danger with 1/3 of the city's units at this "please don't give me a vote of No Confidence" meeting. I find it funny that the Chief and all the fire fighters on the trucks and all the support personnel are going to be there on the clock EXCPET Union Pres. Diego Arencon. Hmmmm wierd. He is on leave with out pay status because HE CANNOT do union buisness on the taxpayers dime, but Breen can apparently. Come on Breen, you are better than this.

wow, looks like joey from the police union is taking notes from afd. he signed a lease on a building without any permission, even though the police were told they could have gfree space. He went out of town with valerie, a detective from the main. he is buying top notch equipment. i couldnt make the meeting, but my buddy said they refused to tell them about the money that was spent last month.

Schultz and White had a meeting with all supervisors of The Police Department. The meeting was held in a church and it was praise the on high Ray and Darren. How did that work out for them ? Wonder who was taking notes at that meeting ?

Breen, Here is a tip. Put the IDIOT'S you have running our pathetic pharmacy, back in the field. Better yet have them retire. The dumb shit driver spent 30,000 on oxygen bottles that were to big. Just go to Station 1 and see for yourself. The two double dippers at supply, that I see eating hot dogs at Costco every day, should be laid off.

Forget all of this.

Dude, don't release the tape of Beth giving orders to Wooley yet to change Walck's report on the bimbo accident

There's more than two people that have the tape. Thinking it might slip to the press . Whamo !!!!!!!!

I guess instead if resigning we're calling it retiring.
This way people don't you did wrong. Guess a lot of people will be retiring now.

Too bad Darren can't retire. Not enough time in.
Even with his bogus paratrooper bullshit. Even that was a farce.
checked some that were there; he was a 'goldbricker'. Same with Houston PD. Sham, Sham ,sham
Whole life a LIE.
Life changed when he was rooting around like some bore hog at the farmers market and found the perfect Peach. Not really.

NM is not a "right to work" state.

do you really believe everything on wikipedia. get off your computer chair and do some real research.

Back to FC Breen. What a joke session yesterday. The man couldn't or wouldn't answer questions and constantly contradicted his self. Then the blame game. He's in a quagmire and should leave now before the no confidence vote. If seems to be all about his top three and his sell back. Yeah, he stated he'll go for bat on that one because it'll will affect him also. Only about himself, he's so disconnected from the field.

to 5:52 post. I've always wondered how Charlie can work at supply getting his pension and a pay check? I thought that was only allowed for law enforcement personnel. Plus driving a huge take home truck, suppose to be delivering supplies but that's left up to the old SUV. Now that the city isn't honoring the contract, supplying uniforms, they could cut everyone from supply except one person and they should be uniformed.

Also cry burn out and they put you in charge of the pharmacy? Wow, those are the people I want dealing with all the drugs for the rescues!

And how about that Captain on a ladder that was taking opiates, dissapeared for a couple of months (rehab, like Lindsey) and then reappeared on the ladder? Seems like the bad boys get the best piece of cake.

NM is a not a right to work state. Makes a person wonder why the union's don't force workers to join, but will defend them even when they don't pay the dues.???

Supply is a mess. What about Rebar. The new SCBA packs have a seven year "bumper to bumper" warranty. The AFD has not taken advantage of it. Rebar goes to the Pharmacy every day to hide with that wierdo Adrian Glass. PLEASE Chief Breen, Lay them all off. Put the badges in the field.

What about the commader that responds from home when on duty. Breen knows about him and chooses not to do anything about it. Breen is responsible for all the departments taxpayer dollar waste.

PLEASE, let's not forget the law suit coming from Carlos Dominguez. I think he was the only person this new administration laid off. The day he was laid off, Breen was running Ted Nee's contract up to the CAO. What an IDIOT! That one is going to cost us some big money. Well done, ASSHOLE! Chief; if you ever want to see what the main problem is with the AFD, look in a mirror.

It makes sense as to why Breen rented a room at the convention center, that way he could keep the media out. If the meetings were at a public building the media could be there.

Smart thinking and what does he have to hide? The real questions and answers? What a waste of fire funds that could be used on things needed, except to try to save him from a no confidence vote.

Too bad he's making it worse for himself, because the guys are asking the real questions and getting no answers.

How about also getting a new Public Relations person. That Melissa can't even speak well. Why was she guarding the door at the convention center? Is that public relations? Go figure.

don't forget the reason they got rid of carlos was because there was now a deputy chief of logistics. This deputy has already handed over duties to a captain that he brought in after the carlos investigation.

Boy Breen and Darren White are two peas from the same pod!! Peachs got out of a dui charge just like Breen's fiance (Cream). Who would have ever thought Peachs and Cream could be so dangerous to a career? LOL!!!

Brothers & Sisters...Does hanging out dirty laundry really help any us? I believe every organization in the city has skeletons in the closet. We are our own worst enemy.